Me, my car and my wandering mind 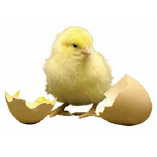 I want to start with telling that yesterday I finished typing my "Chick" (A little chicken not a little woman) story. Besides typing I had also done some rewriting including corrections, it was ready for my beloved wife start proofreading.

I said "...was ready...", because now I don't feel it's ready anymore. What happened? Me and my mind happened. I sometimes have moments I get lost in my mind while driving to work and back. In those moments I think and fantasize about a lot of things, including about stories I am writing or plan to write. Sometimes I have whole dialogs happening in my head, stuff I often put on paper later.

Today it happened again, this time I thought about many things. I began thinking about my doubts if the "Chick" story was suitable for kids and if so for what age. After concluding I still had no answer, I thought about some other story in my head about a Vampire and a Werewolf and sixteen year old maidens. A story I intend to write in the near future. My mind being a jumble as it is went from thinking about that story back to the "Chick" story.

I thought that in my current story the "Chick" is a total evil creature with no redeeming qualities, just pure evil. I thought that's not the way the story is supposed to be. Indeed he needs to be a monster but not by free will, at least not in the beginning. I got a picture of a scene in my mind and almost simultaneously the story of the sequel loomed in my head.

After my mind wandering moment passed I made an earnest attempt to singalong with the music playing out my radio speakers. My singing is horrible, it really is, believe me you would not want to hear me, though horrible it may be I love to sing in the privacy of my car.

Once at home sitting at my desk while searching for information online about publishers, the idea my story was not complete kept gnawing on me. I realized at that moment, that the story was not ready yet to be published, that I should rewrite it and make it be what it's supposed to be. I'm certain the story will be better after doing so.

This decision jumbled up my planning for this year, I'll have to make do.
Geplaatst door A.Rosaria op 9:45 AM