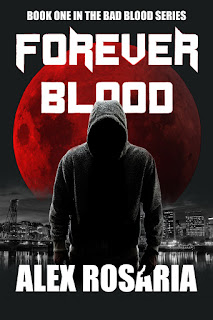 Cain, a hunter in exile, an evolved human, notorious for his rigid disdain for anything monster related, seeks out his brother. The trail leads him to an apartment.

Problem is; the apartment is a vampire's lair.

Nina, a 150 year old vampire, dooms Cain’s brother. Cain vows to give her the true death. He goes on a rampage searching for her, fighting vampires and humans alike, and allying himself with doubtful companions.

Chaos ensues, bodies begin to pile up around Cain, he will do whatever to get his revenge, anything else be damned