I've been gone from blogging for weeks... no, months now. I've not done much writing being distracted by another passion of mine, gaming. Computer gaming that is. I've been playing Battlefield 3 for a month now, I spend around seventy hours gaming. I could have finished five short stories instead.

Well despite being slow on the writing, I still managed to write a first draft of two short stories, and I completely finished one today. (revised it 10x) Great as this might be, I'm lagging behind in my challenge. I won't be able to get my twenty short stories written and published by 30th of October 2012. I need to publish fifteen in little more than six months. Is it doable? I think so. Had I more free time I would be sure I could.

Today I published on Amazon the short story I finished. 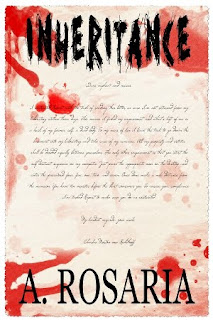 Description: Professor Charles von Richthoff, an eccentric inventor, left an inheritance behind for his nieces, Carissa, Susanah, Bethanny and his nephew Ian. However, the inheritance is not what the inheritors thought it to be. Their fates are sealed on the paper it was written on.

Unlike as I promised I won't immediately publish it to Smashwords. To get it out to as many people possible I'll from now enroll my short stories to the select program and spend the five free days on the publish day so you can still get it for free. After the three months of select I'll publish it on Smashwords and give it away for a week. (Viva La Coupons)